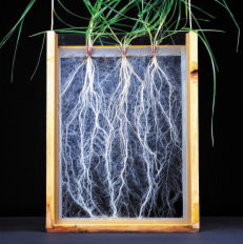 The only seed you’ll ever need.
RTF is the ideal solution for a turf that has to cope with drought and suffers from bare spots. It provides a field that can repair itself because of the use of a variety which creates subterranean offshoots named rhizomes. Bare spots are quickly covered with these offshoots and sods are made whole again by knitting them together. RTF can deal with dry climates and shades well thanks to its rooting depth capability. This also makes RTF an excellent choice for soil stabilisation.

About RTF
RTF was originally developed by the Barenbrug Tourneur Recherches institute in France. After its development it was thoroughly tested in Mediterranean climates were severe drought is an ongoing issue. To compete with the drought the rhizomes of RTF were trialed in extreme conditions, with success. In 2006 RTF was launched, giving the US the honour of being the first market to adopt the variety. RTF was introduced in the retail market and the turf growers market, where a variety that produces rhizomes had been sought-after for years.

Shortly after the successful introduction in the United States, RTF was brought to Europe where it was first adopted by the turf growers market. Many fields that had to cope with drought and suffered from bare spots were self-repaired by a grass mixture containing RTF ever since its introduction.

“If you need a low maintenance turf look no further than RTF sod. No water, no mowing, no fertilizer - no problem!”

“RTF is fantastic for my roughs and out of bounds areas. The more we neglect it, the better it looks.”